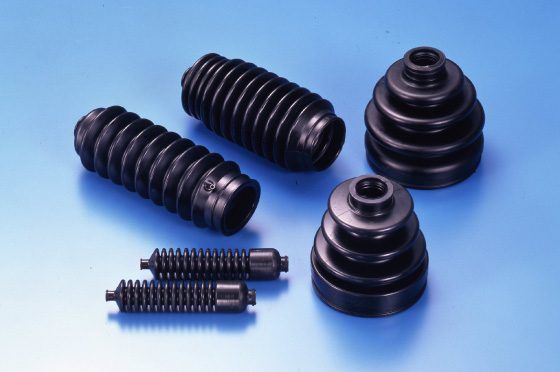 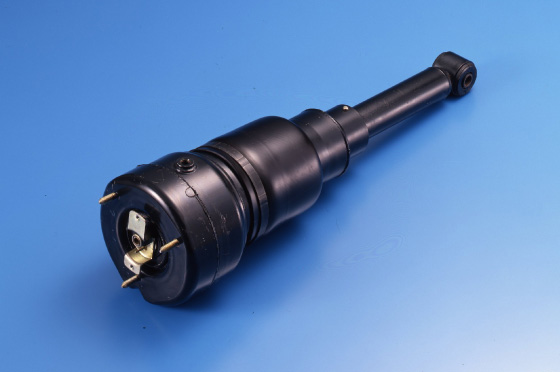 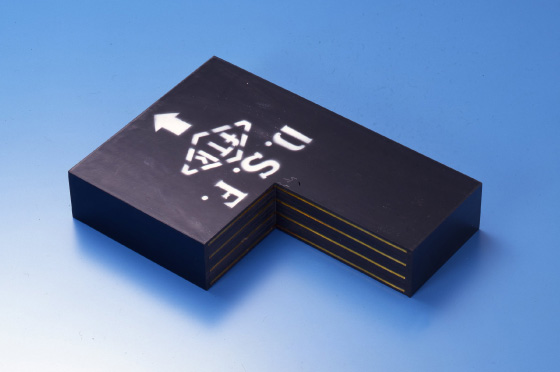 Chloroprene rubber has many superior characteristics compared to natural and even other synthetic rubber types, so it has numerous applications. In particular, its possible uses have been expanded to civil engineering/construction and precision components as well. Our company meets such needs by providing a wide range of grades such as special denatured types, and latex best suited to making aqueous adhesives, etc.

Chloroprene rubber demonstrates a good balance of features, including such as resistance to ozone, oil and heat; flame retardancy, weatherability, special cohesiveness, etc., and is very easy to process.

Comparison between Chloroprene Rubber and Other Rubber

"DENKA CHLOROPRENE" is used as the sheath for wire and cable.

"DENKA CHLOROPRENE" is widely used in the form of rubber lining for various applications such as container bags, cover sheets, tents, leisure boats, rescue boats, and flame retardant wear for fire fighters, etc.
"DENKA CHLOROPRENE" is also used for sponges which have a low specific gravity, for wetsuits used in marine sports, and as cushion rubber to protect against danger to human life by fire, etc., in aircraft, boats, and automobiles.

"DENKA CHLOROPRENE" is used for rubber rollers in offset printing presses which utilize water and oil to print, as rubber rollers which are exposed to oil and high temperatures in steelmaking, and as pads and packings, gaskets and dust seals for various types of machinery. Recently, in addition to is wide use for automobile parts and rubber products for general industries, there are great expectations for new applications of "DENKA CHLOROPRENE" in the civil engineering and construction fields including as tunnel segment seal gaskets and elastomeric isolators for bridges as well as for various marine-related rubber parts.

Among many kinds of rubber adhesives, those which are based on "DENKA CHLOROPRENE" have established a firm reputation in various application areas, since it has good applicability and has various excellent adhesion properties.
Recently, "DENKA CHLOROPRENE LATEX" is being used as a solvent free adhesive.

A special synthetic rubber, "DENKA CHLOROPRENE," which was developed and produced based on DENKA's own technology, has easy processing characteristics and excellent properties with remarkable durability under severe condition such as:

Ever since DENKA successfully developed "DENKA CHLOROPRENE" in 1962, its excellent characteristics and applications have been widely recognized and the demand for "DENKA CHLOROPRENE" has steadily increased. At present, these products are shipped throughout Japan, and more than half of the production is exported to more than 50 countries worldwide.

Sales of "DENKA CHLOROPRENE" were started with four grades in October, 1962. Since then, new types have been successively added to meet the requirements of customers. The following introduces the major product types for many "DENKA CHLOROPRENE" products.